SYNOPSIS: The Lockheed C130 Hercules, or “Herc” for short, was multi-purpose propeller driven aircraft used as a transport, tanker, gunship, drone controller, airborne battlefield command and control center, weather reconnaissance and electronic reconnaissance platform; as well as search, rescue and recovery aircraft. In the hands of the “Trash Haulers,” as the crew of the Tactical Air Command transports styled themselves, the C130 proved to be the most valuable airlift instrument in the Southeast Asia conflict. They were so valuable, in fact, that Gen. William Momyer, 7th Air Force Commander, refused for a time to let them land at Khe Sanh when the airstrip was under fire from NVA troops surrounding the base. In early 1966, aircrews were specially trained and sent from the 62nd Troop Carrier Squadron on temporary duty from Sewart Air Force Base, Tennessee to DaNang specifically to conduct the Carolina Moon missions. 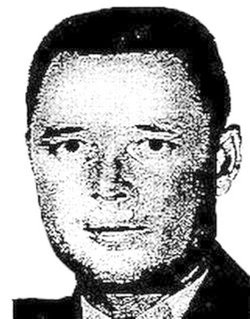 The Thanh Hoa Railroad and Highway Bridge, spanning the Song Ma River is located three miles north of Thanh Hoa, the capital of Annam Province, North Vietnam. It is a replacement for the original French-built bridge destroyed by the Viet Minh in 1945 – they simply loaded two locomotives with explosives and ran them together in the middle of the bridge. In 1957, the North Vietnamese rebuilt the bridge. The new bridge, completed in 1964, was 540 feet long, 56 feet wide, and about 50 feet above the river. The Vietnamese called it Ham Rong (the Dragon’s Jaw), and Ho Chi Minh himself attended its dedication. A one-meter gauge single railway track ran down the center of the bridge with sufficient space on each side of the railroad track to handle large vehicles traveling in both directions. This giant would prove to be one of the single most challenging targets for US air power in Vietnam. 104 American pilots were shot down over a 75 square mile area around this bridge during the war.

In March 1965 the decision was made to interdict the North Vietnamese rail system south of the 20th parallel. The first mission to attack the Thanh Hoa/Ham Rong Bridge commenced on 3 April 1965. Because of the bridge’s structure, the initial attacks proved ineffective. By September 1965, an innovative concept had taken shape – that of being able to mass-focus the energy of certain high explosive weapons to enhance and direct the destructive force of the explosion. The Air Force quickly saw its application against the old Dragon’s Jaw and devised a plan to destroy the bridge using the new weapon. They would call the operation “Carolina Moon.”

The plan necessitated two C130 aircraft dropping the weapon, a rather large pancake-shaped affair 8 feet in diameter, 2 1/2 feet thick and weighing 5,000 pounds. The C130’s would fly below 500 feet to evade radar along a 43-mile route making the C130 vulnerable to enemy attack for about 17 minutes. They would drop the mines into the river upstream and they would float down the Song Ma River where they would pass under the Dragon’s Jaw, and detonate when sensors in the bomb detected the metal of the bridge structure. Because the slow-moving C130’s would need protection, F4 Phantoms would fly a diversionary attack to the south of the C130’s drop point, using flares and bombs on the highway just before the C130 made its delivery. The F4s were to enter their target area at 300 feet, attack at 50 feet and pull off the target back to 300 feet for subsequent attacks.

Additionally, an EB66 was tasked to jam the enemy radar in the area during the attack period. The first C130 was flown by Maj. Richard T. Remers and the second by Maj. Thomas F. Case, both of whom had been through extensive training for this mission at Eglin AFB, Florida and had been deployed to Vietnam only 2 weeks before. Ten mass-focus weapons were provided, allowing for a second mission should the first fail to accomplish the desired results.

On the night of 30 May 1966, Maj. Remers and his crew, including navigators Capt. Norman G. Clanton and 1st Lt. William “Rocky” Edmondson, departed DaNang at 0025 hours and flew north under radio silence. Although they encountered no resistance at the beginning of their flight, heavy ground fire was encountered near the target after it was too late to turn back. The 5 specially designed mines were dropped successfully in the river north of the bridge and Maj. Remers turned left and flew toward the safety of the Gulf of Tonkin. The operation had gone flawlessly. Although the F4Cs conducting the diversionary attack drew that enemy ground fire, the C130 had not. Both F4Cs returned to their base in Thailand unscathed.

Unfortunately, the excitement of the crew was short lived because reconnaissance photographs taken at dawn the next morning showed there was no noticeable damage to the bridge. Likewise, the pictures showed no trace of the new weapons either upstream or downstream. A second mission was scheduled for that night. The flight plan was essentially the same with the exception of a minor time change and slight modification to the flight route. A crew change was also made when Maj. Case asked 1st Lt. Edmondson, one of the navigators from the first mission, to join his crew.

Neon flight and Radium 1 rendezvoused as briefed. Approximately two minutes prior to the scheduled C130 drop time, Neon 3 and 4 approached their target from the north, descended to minimum altitude, turned south and began their diversionary attack along Route 1A expending their Cluster Bomb Units (CBUs) at roughly 500 feet above ground level. Major Ragland transmitted that they had taken AAA fire over the target, had turned left and was heading out over the water. At 1812 hours, and only 2 to 5 seconds after his last transmission, the aircrew of Neon 4 saw a large ball of fire on the water. In the dead of night, no parachutes were seen and no emergency beepers heard.

At the same time Neon flight was making their attack pass along Route 1A to distract the North Vietnamese, Radium 1 dropped the mines into the Song Ma River. Neon 4 saw anti-aircraft artillery fire directed toward the C130, then the aircrew saw a large ground flash in the vicinity of the bridge. No further contact could be established with Radium 1. The C130 was due to return to DaNang Airfield by 0345 hours. When it failed to do so, search and rescue (SAR) efforts were put into effect. Based on information provided by the crew of Neon 4, it was believed that the C130 was lost over a densely populated area approximately 4 miles south of the Bai Thuong MiG base, 18 miles west of Thanh Hoa, 20 miles west of the Ham Rong Bridge and 26 miles west-northwest of the coastline, Annam Province, North Vietnam. This was also 1 mile south of a primary road running from the MiG base to Thanh Hoa in a region laced with roads, rivers, canals and rice fields just to the east of a mountain range.

The organized SAR operation began on 31 May at 0500 hours and continued to 2100 hours with 20 various US Air Force and US Navy aircraft participating in the aerial search and 7 destroyers scouring the Gulf of Tonkin. One empty life raft, debris, 1 green die marker and an oil slick were sighted up to 3 miles off Hon Me Island. Two parachutes were also sighted 1 mile from the raft. No remains or survivors were found. The raft and parachutes were not recovered therefore not identified with the missing aircraft. Known 37mm and 57mm AAA batteries located on Hon Me Island precluded helicopters from recovering the raft and parachutes, and they were sunk to prevent them from falling into enemy hands. The island is located in the Gulf of Tonkin roughly 8 miles east of the coastline, 30 miles south-southeast of Thanh Hoa and 50 miles north-northeast of Vinh.

The search resumed on 1 June at 0540 hours using a variety of aircraft and ships. It was terminated at 1500 hours when no trace of either crewman could be found. The SAR operation covered 70% of the land and water search area in good weather conditions. At the time the formal search was terminated, Thomas Case, Harold Zook, Bobby Alberton, Rocky Edmondson, Emmett McDonald, Armon Shingledecker, Philip Stickney and Elroy Harworth; along with the men aboard the F4C, were reported as Missing in Action.

There was no further information about the men aboard Radium 1 or Neon 3 until 10 April 1986 when the Vietnamese returned the remains of Elroy Harworth, Harold Zook and Thomas Case without explanation.  The remains of Harold Zook and Elroy Harworth were identified on 30 October 1986 and the remains of Thomas Case were identified on 25 February 1987.  These remains were returned to their families for burial with the honor befitting an American fighting man who has died for his country.

For the remaining crewmen aboard these two aircraft, here are still only questions.  If Bobbie Alberton, Rocky Edmondson, Emmett McDonald, Armon Shingledecker and Philip Stickney died in the loss of their C130E; and Dayton Ragland and Ned Herrald died in the loss of their F4C; each man has the right to have his remains returned to his family, friends and country.  However, if they survived their loss, there is no question they would have been captured and their fate, like that of other Americans who remain unaccounted for in Southeast Asia, could be quite different.

Since the end of the Vietnam War over 21,000 reports of American prisoners, missing and otherwise unaccounted for have been received by our government.  Many of these reports document LIVE American Prisoners of War remaining captive throughout Southeast Asia TODAY.

Pilots and aircrews in Vietnam were called to fly in many dangerous circumstances and they were prepared to be wounded, killed or captured.  It probably never occurred to them that they could be abandoned by the country they so proudly served.